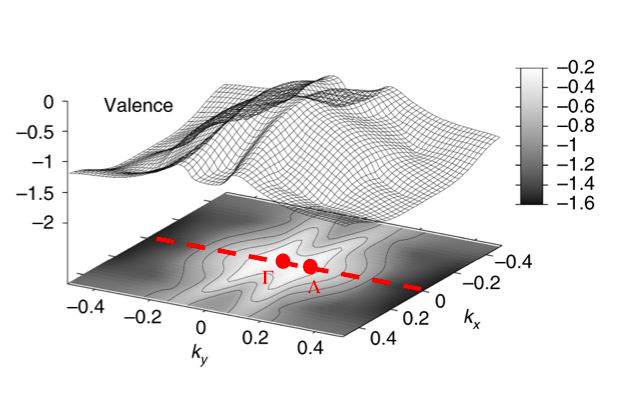 Monolayer transition-metal dichalcogenides in the T′ phase could enable the realization of the quantum spin Hall effect1 at room temperature, because they exhibit a prominent spin–orbit gap between inverted bands in the bulk. Here we show that the binding energy of electron–hole pairs excited through this gap is larger than the gap itself in the paradigmatic case of monolayer T′ MoS2, which we investigate from first principles using many-body perturbation theory. This paradoxical result hints at the instability of the T′ phase in the presence of spontaneous generation of excitons, and we predict that it will give rise to a reconstructed ‘excitonic insulator’ ground state. Importantly, we show that in this monolayer system, topological and excitonic order cooperatively enhance the bulk gap by breaking the crystal inversion symmetry, in contrast to the case of bilayers where the frustration between the two orders is relieved by breaking time reversal symmetry. The excitonic topological insulator is distinct from the bare topological phase because it lifts the band spin degeneracy, which results in circular dichroism. A moderate biaxial strain applied to the system leads to two additional excitonic phases, different in their topological character but both ferroelectric as an effect of electron–electron interaction.